Bill Baize was born in 1939 in Evansville, Indiana, the son of Mr. and Mrs. Paul R. Kindle, Jr. He sang tenor for the Echoes Of Calvary, The Illinoisans, the Trailsmen, and the Smitty Gatlin Trio from 1966 to 1967. Bill Baize later sang tenor for J D Sumner And The Stamps from 1971-1976. He left his position with the Stamps in 1976 to become vice-president of the newly formed National Record Company which was a music distributor.

After many years out of the spotlight, Baize resurfaced in 2006 to sing tenor for the Prophets. He has also appeared at various tributes to the late Elvis Presley. Baize is also an accomplished songwriter. 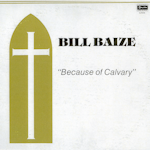 hi-res
1976 Because Of Calvary (Skylite Records/SLP-6165): I Find No Fault In Him; Because Of Calvary; How Great Thou Art; I Just Feel Like Something Good Is About To Happen; Soul's Harbor; Learning To Lean; When It’s My Time; If You Have Jesus; I’ll Keep Holding On; If It Keeps Getting Better. 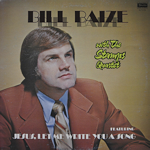 hi-res
1977 Jesus Let Me Write You A Song (Skylite Records/SLP-6178): Jesus, Let Me Write You A Song; I'll Fly Away; That Old Book; When We All Get To Heaven; One Of These Days; Here We Are Together Again; I Peter 2:9 Ye Are A Chosen Generation; Holy Spirit Thou Art Welcome; Rise N Be Healed; Just Over In The Glory Land (Bill Baize backed by the Stamps Quartet). 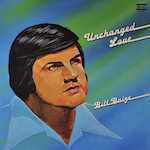 hi-res
1978 Unchanged Love (Skylite Records/SLP-6186): Unchanged Love; Bread On The Water; Praise The Lord; He Is Love; Praise Him; You'll Never Walk Alone; The Marriage Supper; I Found It All In Jesus; I'm So Happy; I Want To Stroll Over Heaven. 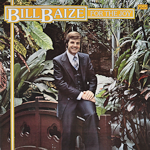 hi-res
1979 For The Joy (QCA Records/QCA 395): God Is Not Dead; It's So Good; He Died That I Might Live; Amazing Grace; The Holy City; The Word; I Just Want To Praise You; You Must Be Born Again; For The Joy; Close As The Mention Of His Name.

1980 What Is Truth (Skylite Records/SLP-6241): What Is Truth; He's Coming Back; I'm Safely In The Arms Of Jesus; The Old Book; If You Have Jesus; I Call Him Lord; I'm Looking Forward To Heaven; More Than Yesterday; All I Need Is Jesus; His Love Conquers.

1982 Release Me (Skylite Records/SLP-6275): Release Me; He Looked Beyond My Fault; Give Me A Chance; I've Been Away; Jesus Keep Me Safely In Your Arms; A Vessel Of Honor; I Will Follow You; More Than Anything On Earth; Would You Like To Be Set Free; I Remember (Susan Baize, daughter of Bill Baize sings on this album and wrote three of the songs). 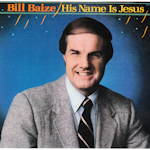 hi-res
1985 His Name Is Jesus (Skylite Records/SLP-6342): His Name Is Jesus; My Dearest Friend; I Want To Praise Him; Because Of Calvary; I'll Give My Life To Him; When It's My Time; Unchanged Love; I Just Want To Stop And Praise You, Lord; Will I See You Over There; Oh Come, Angel Band

1986 God Bless The USA (Skylite Records/SLP-6366): God Bless The USA; Jesus, Jesus It's All In One Word; How Majestic Is Your Name; The Lord's Prayer; I'm Looking For That Day; We Shall Behold Him; I Owe It All To Jesus; Does Jesus Live Here; My House Is Full; Lord I'm Not Ashamed.

1992 Home With Jesus (Hobson-Hall Records): Home With Jesus; Christians Hold On; His Precious Blood Avails For Me; Because Of Love; It Is Well; Ready; Keep On Praying; Jesus Is With Me; My Savior Walks With Me; A Mighty Fortress.

???? Writes And Sings (Custom Records): Because Of Calvary; Jesus Keep Me Safely In Your Arms; If You Have Jesus; Will I See You Over There; I'll Keep Holdin' On; More Than Anything On Earth; I Want To Praise Him; I Just Want To Stop And Praise You, Lord; His Name Is Jesus; I Remember.