Scotty Inman grew up watching his father Clayton Inman perform with the Singing Americans, Kingdom Heirs, and Won By One. In 2001, he followed in his father’s footsteps when he joined Phil Cross & Poet Voices to sing baritone. In 2002, Won By One dissolved around the same time Poet Voices retired, so Scotty and his father decided to form a new group together.

Around the same time, tenor singer David Sutton, bass singer Eric Bennett, and pianist Jeff Stice left the Kingdom Heirs and were searching for a lead and baritone to complete their new group. In 2002, they all joined forces to form Integrity Quartet. The group name was later changed to Triumphant Quartet.

In addition to singing, Scotty became an accomplished songwriter. Early in his career as a writer, he asked Dianne Wilkinson if she would consider co-writing with him. Wilkinson had not routinely worked with co-writers up to that point. One of the first songs they completed was “Hey Jonah” which Triumphant recorded in 2005 on a self-titled CD. The experience went so well that Inman continued to co-write songs with Wilkinson as well as many other songwriters over the years.

hi-res
2003 Scotty (Custom Records/DUP2136CD): Only God Knows; My Praise; I Can Only Imagine; So High (with Louise Mandrell); His Strength; I Find You; I Will Go; Pour My Love; Come On Children; Gratitude; Look To God. 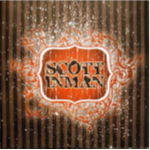 2007 The Scott Inman Project (Custom Records): Run With All You Got?; Show Me The Way; Saved; All For Me; Revive Us Again; We Need Your Revival?; Until Heaven?; What Do People Do?; Always Here?; You’ll Never Go?. 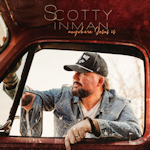 hi-res
2022 Anywhere Jesus Is (Custom Records): Home In The Dark?; One Day Closer; Good Enough For Me (featuring John Anderson); Saved People?; Anywhere Jesus Is; The Future?; Love One Another?; Grow Up Slow?; God Made Good?; Son Rise?.

Almost Home
An Old Story In A Brand New Song
Bottom Of The Barrel
Deep In My Heart
Do You Know That You Know
God Will Always Be God
God's Been Faithful
He Took Away My Burden
Hey Jonah
I Belong To Jesus
I Can Take You To The Place
I Can't Help But Smile
I Pray Every Day
I Wish I Could Tell You
Living In Harmony
Never Assume
Now He Knows What Heaven's All About
Only The Strong Will Survive
Smack Dab In The Middle Of His Will
So Many Things
Something About A Prayer
Thankful, So Thankful
The Cross Is All The Proof I Need
The Hem Of His Garment
When It's All Said And Done
When The Story Of My Life Is Told
You'll Find Me There